ONLY 10% OF CREDIT UNION MEMBERS ENCOURAGE THEIR CHILDREN TO JOIN 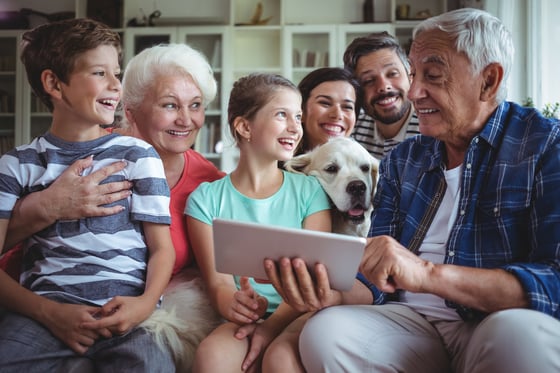 Berkeley, Calif., August 18, 2020 – Access Softek, Inc., a digital banking platform provider, surveyed more than 500 credit union members that have adult children in order to expand upon and further understand the results of its previous survey. These new findings present additional areas of opportunity for credit unions to create a strategic difference, especially among families.

The new survey, conducted by Google Surveys between July 9, 2020 and July 13, 2020, found that 42% of respondents had no idea where their adult children chose to bank. When asked why a majority of adult children chose not to bank at their parents’ credit union, most respondents – 55% – cited moving away as the reason why they chose to bank at a different institution. Additionally, nearly 28% cited there was no reason for their children to bank at the same institution as them.

This highlights a unique opportunity to improve digital offerings in order to better serve remote members. If location is the biggest issue, making the credit union’s services – everything from account opening, to lending, to investing – available digitally is key in keeping families across generations.

“The fact that 90% of parents do not care or do not want their children to have accounts at their credit union shows a lack of familial affinity toward the FI. There needs to be a more open dialogue about finance in the family, even when children have grown up. Credit unions must have a “friends and family” set of features in their digital offering to maintain the family connections throughout their membership,” said Chris Doner, founder and CEO of Access Softek. “Credit unions must begin treating the family as one financial unit and looking at family wallet share. Currently, there are little-to-no programs or incentives for families that bank together. This is a huge opportunity that many institutions are missing out on.”

Access Softek sets the standard for the digital banking landscape, having developed the first downloadable apps for mobile banking technology. Since that time, Access Softek has maintained a track record of innovation from its award-winning biometric authentication to real-time fraud prevention and automated investing integrated directly into a financial institution’s digital banking platform. Since 2004, Access Softek has delivered industry firsts to over 400 bank and credit union customers from its Berkeley, California headquarters. Learn more at AccessSoftek.com.