It’s A Wrap: Money 20/20 Through A Credit Union Industry Lens

Financial tech trade show had big focus on increasing access to credit, both in rating risk and making lending fast and convenient. Think of a verb or noun that might connote money or movement — Stash, Divvy, Chain — and you might have seen it as a startup’s name at Money 20/20 this week.

This year’s payments innovation extravaganza was a confluence of themes – with a big emphasis on the power of computing to expand the ability to lend and segment and serve in the most convenient ways possible — and full of Early Warnings for credit unions.

Early Warning is the big bank-backed payments and security provider that used the Las Vegas venue to formally announce Zelle, a real-time person-to-person payments service that allows end users to send each other money using only email addresses.

That sounds familiar, except this one has some serious heft and is clearly aimed at Venmo, PayPal’s wildly successful money transfer play. Most of the largest financial institutions are on board, as well as processors like FIS, Fiserv, and CO-OP Financial Services, which means more than 90% of U.S. consumers already are connected.

That’s been the problem with similar services, such as Fiserv’s now-venerable Popmoney. P2P movement relies on each side being connected, and Zelle’s lineup should take care of that.

“There’ve been a series of solutions like this, but until now they either lacked market reach or they weren’t truly real time,” said James Hanisch, executive vice president of network operations and corporate development at CO-OP. “This one has both.”

Fiserv won’t be orphaning its 2,500 Popmoney clients but will work to move as many as it can over to Zelle to help create that ubiquity, said Matt Wilcox, the tech giant’s senior vice president of marketing strategy and innovation.

“No one has to convert,” Wilcox told me in a conversation at Fiserv’s booth with a couple senior managers at one of the credit unions that plans to use it: BECU ($15.1B, Tukwila, WA).

“It’s truly real time and good funds,” said Ken Myhra, the big, notably tech-savvy, credit union’s director of retail payments and deposit products. “We won’t white-label it, either. The Zelle brand will be there so our members can recognize it, and we can compete with Square and Venmo and other real-time services like that, and now with the vast majority of DDA (direct deposit accounts) already connectable.”

The Way Of The Bookstore

Warnings of competition for credit unions were ubiquitous at Money 20/20, and not just on the product front that dominated the show with their flash and functionality. Credit scoring was a very big deal. Finding alternatives to buttress and move beyond traditional FICO risk scoring and combining that with the growing ability to underwrite and fund loans almost immediately through apps was one of those key confluences I mentioned above.

At panel discussions and on the huge trade show floor, I heard conversation after conversation about financial inclusions and access, even financial education, all wrapped around the instant gratification of a process that responds as fast the iPhone in hand.

These are big players with lots of resources. For instance, alternative credit scorer Lantern Credit – “Take Action Towards Your Credit Wellness Using Our On-Demand Tools!” – is backed by former Apple CEO John Sculley and former top big bank executives. Meanwhile, Clarity Money is a slick smartphone PFM – “Champion of Your Money” — from Adam Dell, serial entrepreneur and brother of Dell Computers founder Michael Dell, that even includes the ability to cancel newspaper and cable company subscriptions at the push of a button.

While credit unions can participate in most of these, there was a notable difference of emphasis. For instance, take the panel discussion titled “Consumer Lending Roundtable: The Future of Online & Marketplace Lending.” The participants were the creators of platforms backed by venture capital and now providing billions of dollars a year in loans and looking for more.

The presenters made it clear they’re thinking, in some cases, about cashing in on IPOs, and in general maximizing the returns to their investors. Nothing wrong with that, of course, but credit unions had better pay attention.

As mobile banking pioneer Chris Doner of Access Softek– they of the original triple play of SMS, web-based and mobile apps – told me: “I worry that credit unions are the bookstores of 20 years ago, about the time Amazon did its IPO. Marketplace lenders have better, faster ways of doing it, and convenience always wins.”

I worry that credit unions are the bookstores of 20 years ago, about the time Amazon did its IPO. Marketplace lenders have better, faster ways of doing it, and convenience always wins.

Product announcements also dominate at Money 20/20 and this year was no exception. Some were splashy keynotes, like Bank of America’s new chatbot Erica. Others came by stopping at kiosks and conversations with young entrepreneurs. That includes the likes of Keith Armstrong, who introduced me to Abe – “Money Does Talk”– a chatbot that uses SMS and Slack to provide financial advice as granular as how much money you have in your checking account and how much you need to save, Armstrong said, “to go to your friend’s wedding next month in Louisville.”

Another came in conversation with Doner, the Access Softek founder whose company now serves some 440 credit unions and other financial institutions. He said they’ll soon add fingerprint authentication with a twist: using that biometric method on a smartphone to immediately provide access to the account on a laptop.

Releasing research reports and surveys also is a staple at Money 20/20. There were a number of them this time around, around the general theme that consumers expect convenience and especially on mobile.

But this one stood out. According to the Activate 2017 Outlook released during the show, “tech and media consumption has moved beyond what used to define a household, and it has now entered the Post-Household Era.”

Here’s what the strategy and consulting firm for technology and media companies said about that:

Activate said that tech and media businesses need to also address the 50 million underserved Americans who do not have access to a “quality tech and media experience.”

Now, how does a credit union market and serve in that new paradigm? The answer is, the movement must find a way. 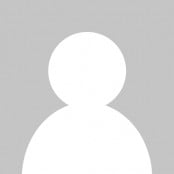